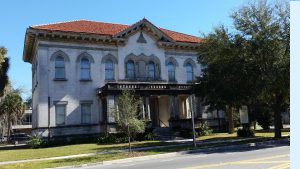 The Gainesville Music History Museum will archive, restore, and display memorabilia, artifacts, photographs, videos, recordings, artwork, costumes, instruments, and other items related to the music history of Gainesville, Florida and the surrounding area.

Numerous musicians with Gainesville connections have become famous, and their fame has created the public interest that makes this Museum possible. These major artists have millions of dedicated fans worldwide, and many are members of various Halls of Fame. To date, there are nine musicians with close Gainesville ties who are members of the Rock and Roll Hall of Fame. Additionally, the Songwriters Hall of Fame honored Gainesville native Tom Petty with its 2017 Lifetime Achievement award. Mel Tillis, a country music songwriter, singer, film actor, and television personality, attended the University of Florida and performed in Gainesville. The Country Music Hall of Fame inducted Tillis in 2007 for his many contributions to the genre.

In addition, the Gainesville Music History Museum will spotlight many other notable musicians who have been a part of Gainesville'’s vibrant music scene. We will also honor the many Gainesville-related “behind the scenes” contributors like concert promoters, managers, club and music store owners, record producers, songwriters, and agents. The Gainesville Music History Museum will highlight people from all the musical genres beloved by our community. One notable example is Miles Wilkin, a concert producer in Gainesville, who is the original founder of Broadway Across America. Mr. Wilkin has been honored with six Tony awards and the Ira Gershwin Award for Lifetime Musical Achievement. 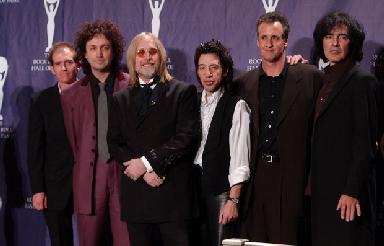 The Gainesville Music History Museum is committed to preserving and celebrating this legacy. In addition to permanent and rotating exhibits, the Museum will sponsor public exhibitions, musical performances, educational programming, and other community outreach efforts. Exhibits will use state of the art multi-media technology to provide an immersive experience for our visitors. Guests and scholars will be able to interact in a multitude of ways with the world’s collective information database, images, sound, and video related to the Museum’s exhibits.

Gainesville’s musical legacy is significant on an international scale. Its history will be celebrated and shared through the Gainesville Music History Museum. Given the career scope and accomplishments of the artists represented, we believe people from all over the world will visit the Museum to celebrate their cherished music stars and the rich music history that influenced them.